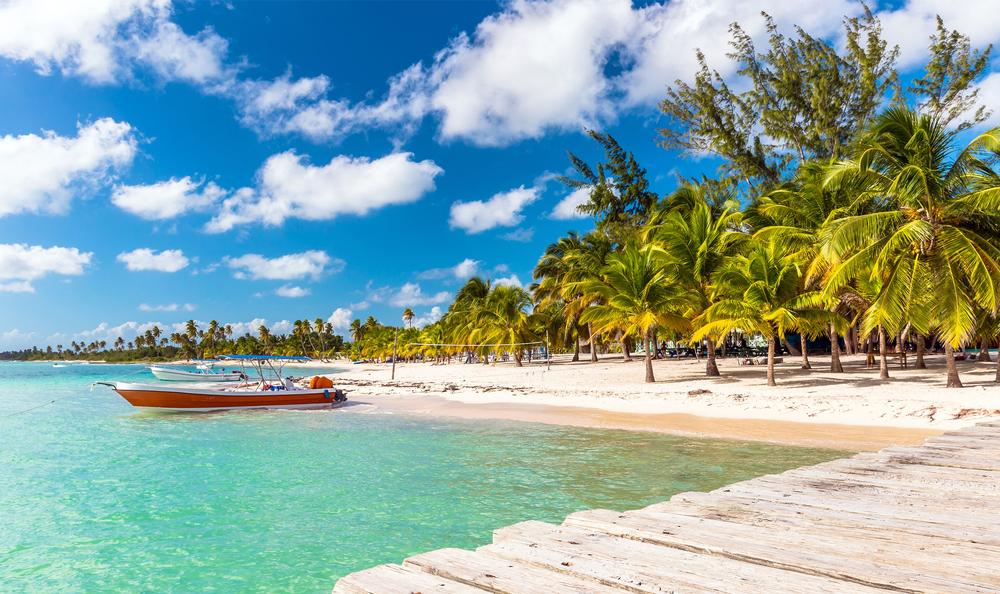 travFACTS’ mission is to expose exaggerated or flat out misleading travel “news” that is consistently put out by media outlets. This July 15th Forbes article is one of the best examples we can find where the author feeds into a conspiracy theory that this year’s deaths in the Dominican Republic are somehow related.

With no evidence to support it, the story claims a man who reportedly died of a health issue could have been linked to the other tragedies.

And how does the author do this?

By simply mentioning all of the incidents that have occurred with no proof that they are related. 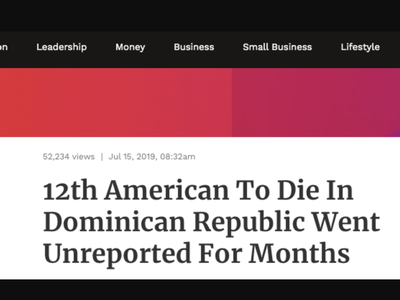 The headline and the first few paragraphs of this feature attempt to tie together what appears to be an isolated incident with other Dominican Republic tourist deaths that occurred this year.

According to the Forbes report, “Tracy Jerome Jester Jr. died in March while on vacation in the Dominican Republic, a death previously unreported despite nine mysterious American tourist deaths since April (and 11 in the past year) in the island nation.”

According to Forbes, Moore confirmed Jester Jr. was diagnosed with lupus. The article goes on to say there was no toxicology report ordered since Jester Jr. died before other tourist deaths were reported in the media.

The article goes on to say, “The 31-year-old Georgia resident died of ‘respiratory illness,’ following a day of sightseeing, according to his mother, Melody Moore. Jester Jr. was vacationing with his sister when he suddenly began to vomit and complained he couldn’t breathe, and she reported he was vomiting blood shortly before succumbing to his illness.”

From there, the story attempts to link this incident with the other tragedies by doing a roll call of negative stories that have come out of the destination this year from a “woman violently beaten at a resort and a group of high schoolers falling violently ill” to three victims who “reportedly had an alcoholic drink immediately prior to their deaths.”

This careless attempt to find a connection in all of these stories is made even worse by the author’s admission that there is nothing the U.S. State Department finds unusual about most of these incidents.

The Forbes reports goes on to mention, “According to the U.S. State Department, there is no ‘uptick’ in the number of American deaths in the Dominican Republic despite recent media attention.”

The U.S. State Department has continued to say that the deaths in the Dominican Republic, for the most part, do not appear to be unusual.

To connect a slew of deaths with nonfatal illnesses and a woman who was physically beaten is very insensitive to the victims, but it should also be noted that most of these situations occurred at different hotels.

The Majestic Elegance Punta Cana, which made headlines earlier this year when a Delaware woman claimed she was brutally attacked there while on vacation with her husband in January, was forced to close its doors in August and doesn't plan to reopen until November 7.

The closure, said Ricardo Espinosa, Majestic Resorts’ vice president of sales and marketing, in a letter to travel partners, comes in the wake of "thousands of cancellations" on the heels of negative media reports that have devastated the Caribbean country's tourism industry.

Espinosa said all guests booked at Majestic Elegance Punta Cana will be upgraded to the Majestic Mirage Punta Cana in the same room category or higher.

"By doing this we hope to reach 60 percent occupancy during this period at Majestic Colonial Punta Cana and Majestic Mirage Punta Cana to offer our guests a better-quality experience. Additionally, we will take this time to upgrade some areas at Majestic Elegance Punta Cana but no major renovation will take place," he added.

As far as the alcohol issue goes, there have been no toxicology reports released yet of any of the victims who reportedly drank from a minibar before falling ill. There have been no official warnings of tainted alcohol issued by the FBI or the Centers for Disease Control and Prevention (CDC).

“I teach my toddler that if his snack has a broken seal or simply gets punctured in his book bag while in transit, we have to throw it away because it's no longer safe for consumption,” said Megan Jones, a travel advisor with Epperly Travel in Atlanta. “I'm not sure where the careful nature we approach our alcohol consumption, both by intake at the bars, restaurants, pool areas, and minibars alike, gets tossed aside, but I'd like to think I practice what I preach.”