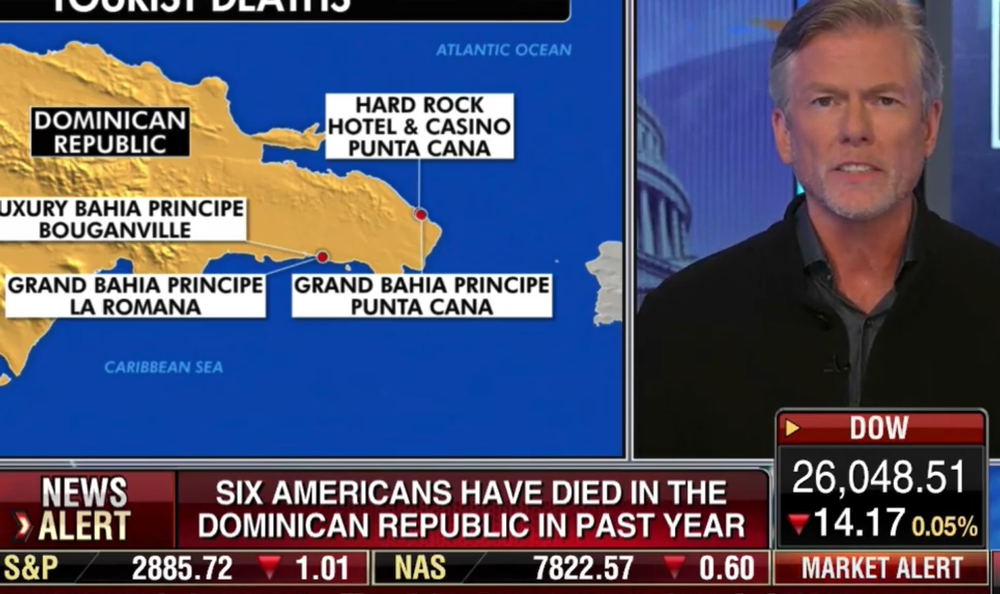 A Travel Expert’s Perspective on Visiting the Dominican Republic

Many media outlets haven't hesitated to push the narrative that American tourists might be being targeted in the Dominican Republic, seemingly grasping at straws to draw connections between incidents that so far have no evidence of being linked.

This summer, Mark Murphy appeared on Fox Business to share a travel expert's perspective on the Dominican Republic amid a swarm of sensational news coverage calling the destination's safety into question.

In this case, the news anchor begins by asking how travelers can ensure that visiting the Dominican Republic is safe. At the same time, the banner at the bottom of the screen reads that "six Americans have died in the Dominican Republic in the past year." That's significant because the figure is even lower than in previous years.

"You should feel confident that when you look at the map of the island and see that these things happened all around, to conflate that they all are connected is a bit of a stretch, to be frank. So that should give you some comfort," says Murphy. "Talk to a travel agent who sells this destination regularly and gets personal feedback and back it up with TripAdvisor if you want to validate some of the reviews."

The interviewer responds incredulously, jumping to the conclusion that American tourists are dying from tainted alcohol despite there being no evidence or warnings from the U.S. State Department. "No one should die from drinking something on vacation. Are you playing this down like it's not a big deal?" she asks.

"You're connecting someone drinking and this thing about the minibar. I'll give you one example. The Wallace gentleman went to the resort on April 10, had a drink on the 11th, felt ill at some point thereafter, saw the resort doctor on the 13th, went to the hospital and then died the next day. That's very different than the lady from Pennsylvania who had a drink literally right after arriving and had a heart attack," added Murphy. "People die of natural causes all the time. It happens on cruise ships, it happens in resorts and it happens on planes."

While there's no denying the sorrow for the deceased and their loved ones, Murphy reiterates that the visitor numbers show that tourists are far more likely to have an amazing trip than experience a tragedy while on vacation in the DR.

"If 8 million Americans have traveled to the Dominican Republic in the last four years alone, I'd feel pretty confident. I was just there in January. Personally, I would get on a plane with my wife and kids and go there tomorrow because I know the destination and this is too scattered to be some conspiracy," he said. "This is a huge tourist destination and they handle about 6.5 million travelers a year."